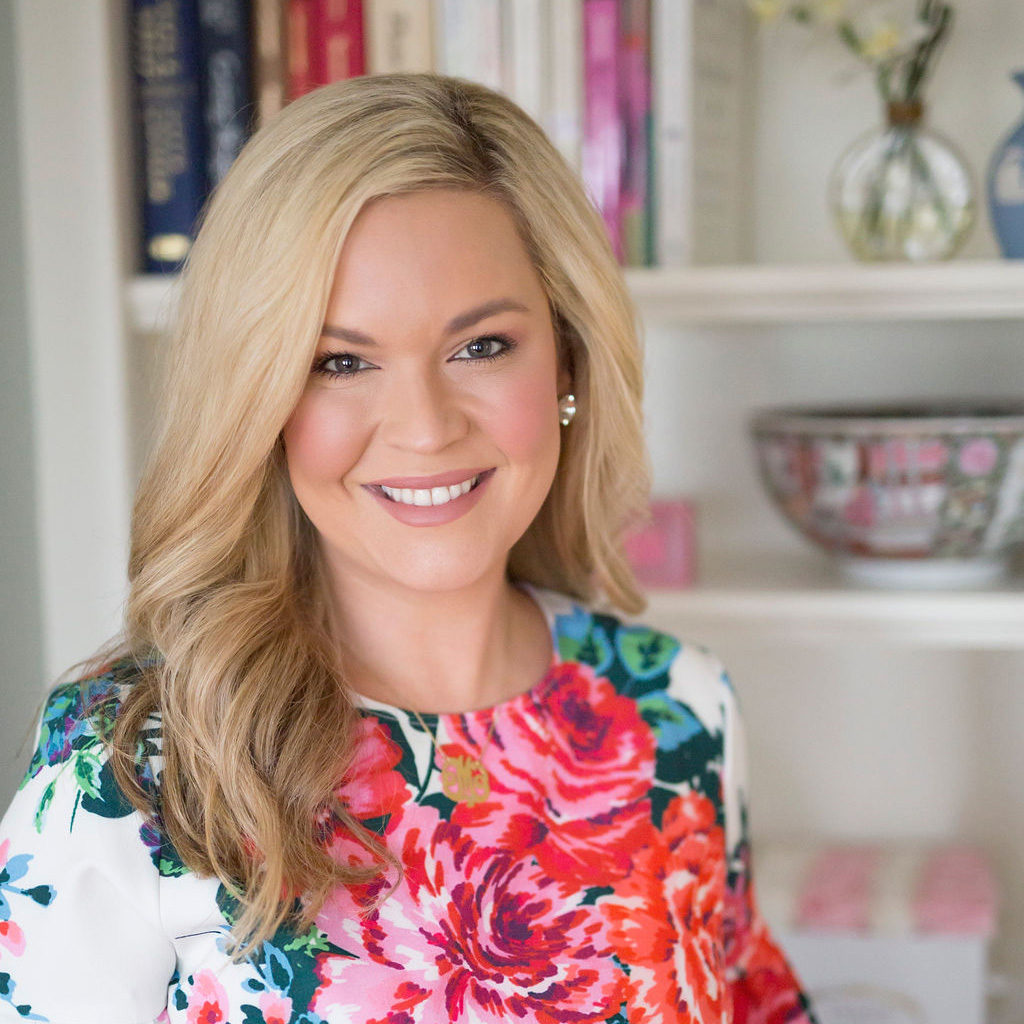 Looking back on my transition from one to two children, I have nothing but happy thoughts.  Although it can be a tough one, I feel like my transition was smooth due to two things.  The age gap between my two children and combined with it being my second time experiencing the “fourth trimester.”

David and I have always considered ourselves planners, even when it comes to my pregnancies.  By the grace of God, we got pregnant when we hoped.  I elaborated on my struggles after having Presley in my blog post about post-partum depression, so we knew with the second child, we needed to make sure we were both ready to take on another baby. I remember it feeling obvious to us both that we were ready for “number two.”  Presley was growing and developing so quickly (it seemed like time was in full throttle mode) and we also felt the pressure ease up in many ways – making us feel like we had room for more “pressure” to return.  Maybe referring to them as “pressures” isn’t necessarily the right term, but instead responsibilities.  Another baby takes you back to all those responsibilities like bottles, diapers, night feedings, etc. We knew we weren’t those “while you’re in diapers you might as well knock it out” type of people, but rather the opposite.

Presley turned three while I was pregnant with Lottie.  Because of this, she was very aware of my pregnancy and engaged in every part.  We even took her to the doctor with us to find out the sex of the baby.  She was fully engaged from the first moment.  Her biggest struggle was how long she had to wait to meet Lottie.  I was often asked when her sister would come? “How much longer, Mama? Will she be here in time for dinner?”  I felt like we were on a road trip to Florida, always hearing, “Are we there yet?” My biggest struggle was how I would nap with this excited 2/3-year-old who wanted me to role play picking her up after she “pricked her finger on the spindle of a spinning wheel and DIED!”  Not only was the whole death thing disturbing, but if anyone witnessed me squatting at 8 months pregnant to lift my 3 year old, that might take the cake for being the most disturbing.  Okay, back on track.  I remember multiple occasions in which I would curl up on my side in her twin bed with her, and wake up drooling on a pillow and she had all her stuffed animals set up with a fully  scripted play to present to me.  Aside from the physical struggles of being pregnant with a little one, the joys were many.  Presley was heavily involved in creating her own “big girl room,” which in turn made her feel special.  She got her own space and became excited to see what had been her nursery become the nursery for her sister.  She even named her sister “Sleeping Beauty” and said that she would sleep all night (more of the Sleeping Beauty obsession).  Along with the typical big sister books, and encouraging baby dolls, she received from family and friends her own gifts at my baby shower.

Finally the time arrived for Sleeping Beauty to wake and greet us at a bright and early 5:15 delivery.  She was wide-eyed and robust, coming out in just three minutes.  I was most anxious for Presley to arrive and finally hold her sister.  I’ll never forget that moment or day as long as I’m able to remember.  We couldn’t wait to get home and begin our life as a family of four, and lets be honest the hospital becomes far from restful after a night or so.  Even the first month felt easier than before.  Yes, we added another child, but I had prepared freezer meals and had just enough gear without it being too much.  Presley was potty trained, so we just had one in diapers.  It was clear early on that waiting some time between our two kids worked out best for us. I get quickly overwhelmed, and having two in diapers or “two under two” just wasn’t a goal of mine.  We don’t get medals for these things, so it wasn’t anything I set myself up for.  Waiting to have our second child doesn’t mean I (or anyone else) am less strong of a parent for deciding not to rapidly multiply our family.  It simply means we have to do what’s best for our individual situations and circumstances. It’s important to not let those pressures get to you.  I’ve often said, it only takes ONE child to change your life and make you sacrifice things you never thought you would.

Another “plus” to waiting was Presley started preschool that year.  Not only did that keep us “on the go” in many ways, but it also gave me some precious “one on one” time with Lottie.  I think Lottie has always been at ease with travel and willing to “get up and go” because she began her life that way. Presley still struggles with time management… and if you’re reading this and know us, you know the struggle is REAL.   Lottie was on my hip for most school functions and field trips.  I also loved the days Presley went to school, so I could snuggle Lottie, nap with her, or give her my undivided attention like I was able to provide Presley with for three years.  I had very little “mom guilt” because of this, and I’m happy about that!

Simply put, there’s no perfect way or order to have your children.  Many contributing factors can set the stage for how easy or hard your transition can be.  What is happening in your life at the time?  Are you going through a move?  Are you or your husband taking a new job?  Is your first child beginning preschool?  My mother always said that each child is born into a different family.  Presley was born into a family of just Mom, Dad and Maggie (and boy did she rock our perfection!).  Lottie was born into a more laid-back family of three.  Every child brings on new experiences and preparing yourself as much as possible before each birth is the best way to anticipate having a smoother transition.  It’s never too early to plan and get organized, and that is true for so many things in life.  Yes, we’ve written on transitioning from 1-2 kids but I have many friends who say it was a breeze compared to the transition from 2-3.  Even my friends who have four say by the fourth, few transitions affect you at all anymore!  Maybe this is grounds for yet another topic… when do you know it’s time to close the “baby making” chapter?  I guess we’ll see…..

A Tribute to our Steel Magnolias 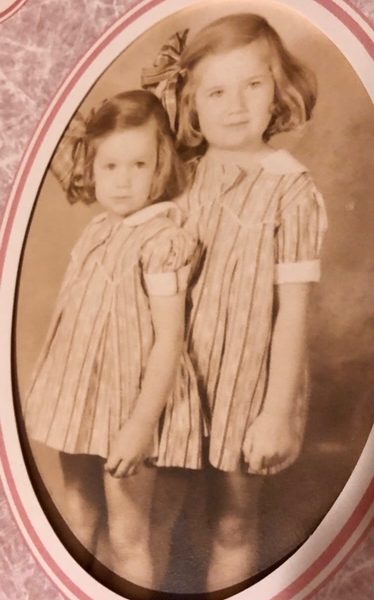 Why I Choose Intermittent Fasting – Most Days
Home Workout Must-Haves 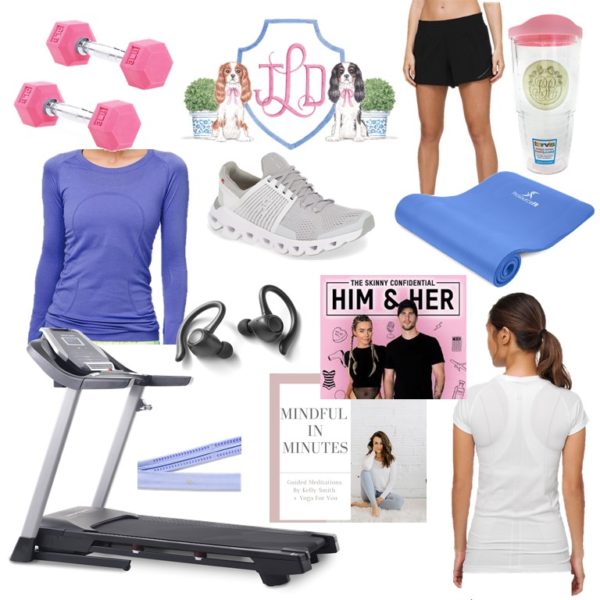